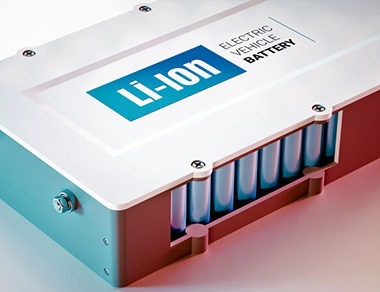 We know a lot about the benefits of electric vehicles. We know that they are a zero-emission form of transport and that means fewer greenhouse gases, cleaner air and a reduced impact on the ozone layer. We also know that if you compare the fuel efficiency of a power station creating electricity for EPVs against the fuel efficiency of a petrol-powered car, the power station is nearly twice as efficient! Another key benefit is that there are fewer parts in electric cars and electric motorcycles that need replacing and, therefore, disposing of or recycling.

As the 2040 deadline for the cessation of petrol-powered vehicles approaches, the rush to own an EV will become overwhelming. Already, in the last five years, the usage of electric cars, specifically, has increased by a staggering 19,150,000%.

There is, however, still a lot of focus on electric car and electric bike batteries and dealing with them at their ‘end-of-life’ stage. It’s important to remember that these batteries are very high performance, for example, Zapp’s own i300 electric scooter uses the least number of battery cells per vehicle and per mile travelled of any EV P2W. Nonetheless, there are challenges with lithium-ion batteries in terms of both disposing in landfill and, the preferred option, recycling them.

As the demand for electric vehicles grows, the technological advances within the sector do too. There is a lot of activity around recycling lithium-ion batteries, inspired in some cases by ever-tightening state regulation.  China has recently issued rules compelling electric vehicle manufacturers to be responsible for the collection and recycling of the used batteries from their products, while the EU has set up a European Battery Alliance venture with the aim of achieving a ‘green battery’.

Waste batteries still have 70% of their capacity (even after, for example, 1000 cycles in a scooter) and so are able to store electricity generated by clean energy sources such as wind and solar. Among potential uses are as storage units in homes or as extra storage for the national grid. Mindful that battery technology is changing all the time and new models are making old ones obsolete, various electric vehicle manufacturers are pursuing research around more effective recycling and repurposing. Companies doing this include Nissan, Renault and Toyota.

What’s next for EV batteries?

Among the various ground-breaking projects underway across the globe is UK-based ReLib, a project from the Faraday Institution that assesses the condition of the batteries and options for repair, reconditioning and re-use, as well as recovering components and materials. In Germany, a company called Duesenfeld GmbH uses organic solvents to recycle Li-on batteries in a way that has saved 70% on energy use.

Manufacturers of 2-wheeled electric vehicles are also engaged in research for static solutions, such as storage, where volumetric energy density is not a priority.

With such an array of efforts focused on recycling lithium-ion batteries, it won’t be long before the environmental benefits of electric vehicles can become comprehensive, claiming victory from both an emissions point of view and from a natural resources perspective.