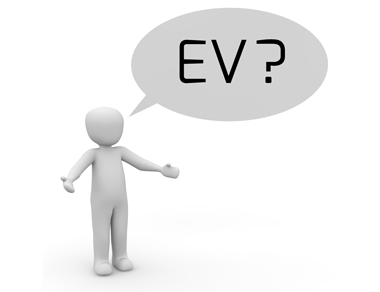 It’s not easy being green. What was once a song sung by Kermit from cult children’s show ‘The Muppets’ has become an apt catchphrase for the effort to be environmentally sustainable, even adopted by a BBC television programme about eco-friendly living.

Green living is no easy feat, and partly because of the reception people get when they try and adapt their lifestyles to become more eco-friendly. Switching brands of washing liquid is both a domestic decision and one that could equally cause ‘a domestic’ where brand loyalty is concerned. The decision to switch to an electric scooter, or car, is a bigger decision and comes with a series of annoying questions that the prospective owner must constantly field! We’ve made that onerous task a little easier here by listing the common and irritating queries about the benefits of electric vehicles – and the answers that you can triumphantly give!

Actually, electric vehicles are often quicker than petrol-powered ones. The Tesla Model S is known as one of the fastest at 0-60 in 2.5 seconds, meanwhile Zapp’s i300 electric scooter has an impressive acceleration of 0 to 50 km/h in 2.35 seconds and 0 to 70 km/h in 4.10 seconds! This is all achievable because an electric engine immediately generates 100% of its torque, meaning a near instant response when you put the pedal to the metal.

You can leave this question for dust!

‘Yeah, but what about the range?’

Ok, one question down, but this tends to be the next one. Current annual UK mileage is 7,134, an average of about 20 miles a day. Zapp’s i300 electric scooter has a range of 35 miles before the removable battery needs to be recharged, and electric cars can currently reach a range of up to 335 miles. Range enough for you?

No. Zapp’s i300 electric scooter costs £5,250, or £19.99 a week on a payment plan. Enough said, really. But it’s worth adding that the four wheelers are very competitive too, for example, the Nissan Leaf and the Nissan e-NV200 fall within the lower £20K category and the Renault Zoe offers a cheaper option at £14,250. This is not to mention the government grants still available for purchasing EVs.

‘Ah, but what about maintaining them?’

[Weary sigh] well…comparisons made over insurance, fuel, tax, loss of value, servicing and tyre wear etc., have shown that electric vehicles are cheaper to run than petrol or diesel cars. Is it any wonder with no need to worry about spark plugs, valves, fuel tanks, tailpipes, distributors, starters, clutches, drive belts, hoses, or catalytic converters? Crucially, the electricity required to charge an electric vehicle works out at around a third as much per kilometre as buying petrol for the same vehicle. Meanwhile, because the battery in an electric vehicle plays a role in slowing it down, brake pads last longer. EV batteries themselves, their most integral part, are often guaranteed for eight years and can last up to 15 years.

‘Hmmm, but surely there aren’t enough charging stations are there?’

Most electric vehicle charging is done at home or at work, and the convenience of plugging in your vehicle at home – with no petrol, diesel or oil to worry about - is another reason why EVs are becoming more popular. Some electric scooters, like Zapp’s i300, also allow you to remove the battery and charge it in your home or office, so you never need to worry about charge points. In terms of charging points at large, the UK government recently announced £200m in funding for charging infrastructure, to be matched by industry. The UK now has over 11,500 publicly accessible charge points (including over 900 rapid charge points) and is, according to the UK’s transport minister, “one of the largest rapid networks in Europe.”

Probably the last refuge of your inquisitor! Experts quoted by insurance firms have been happy to testify that fires involving combustion engines are far more common than with EVs. One figure cites 23,505 road vehicle fires between 2016 and 2017. There are currently 37.5 million vehicles on the road, of which 110,000 vehicles are registered as ‘alternative fuel vehicles’, so the mathematics is pretty clear there.

Crucially, EVs have a lower center of gravity due to battery placement that makes them less likely to roll over.

So there you have it. The above are the most often repeated questions. We hope you’ll enjoy answering them for the umpteenth time – but with added relish – before you enjoy purchasing your new electric vehicle!