Has London's ULEZ made London the best place to own an electric scooter? 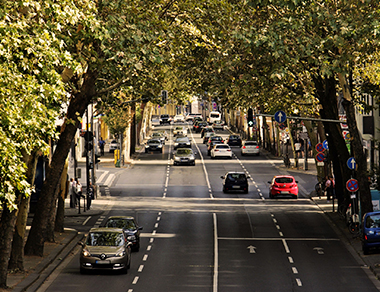 London now has the world’s first ULEZ – Ultra Low Emission Zone. Recognised as the most ambitious city-scheme alongside Madrid and Oslo, ULEZ requires mopeds, motorcycles, cars, vans, lorries etc not meeting key European standards to pay a charge of £12.50 a day, that’s on top of the congestion charge (which is not applicable to electric vehicles). It’s hoped that this will reduce nitrogen oxide emissions at tailpipe by 45% in 2020. In tandem with the ULEZ, the Mayor of London has allocated £4.5 million to install 1,500 residential chargers, also by 2020.

The upshot of this ‘pincer movement’ will be that electric vehicles will be the dominant consumer choice and will be adopted on a widespread basis. Car-buyers website Carwow reported that, in the month of April when ULEZ was introduced, there were marked rises in web searches for electric, hybrid and plug-in hybrid vehicles by Londoners – specifically, searches on plug-in hybrids rose by 25% and those for pure electric cars increased by 14%.

What does ULEZ mean for electric scooters?

As part pf this groundswell, we’re inevitably going to see more 2-wheeled electric vehicles on London’s city streets as they are ideal for urban living. This is already happening in Asia, where the market for 2-wheelers is huge and growing, and the UK and Europe are likely to follow suit given the sophistication of the models on offer.

The Zapp i300 electric scooter is one such example. It’s a high-performance vehicle with an impressive acceleration of 0 to 50 km/h in 2.35 seconds and 0 to 70 km/h in 4.10 seconds. Furthermore, the i300 has a torque of 587NM for excellent handling and a peak power of 14 kW. This is all for £5,250 or £19.99 a week!  The price point alone will prove a huge attraction, and we may find that some would-be cyclists will take advantage of this more robust two-wheeled way of getting around town, safe in the knowledge that their method of transport is emissions neutral.

Does ULEZ spell the end for combustion engine vehicles?

Whether it is partly because of the ‘stick’ of measures like ULEZ (and let’s not forget the 2040 cut-off point for the manufacture of petrol-powered vehicles), but also because of the ‘carrot’ of lessening their harmful impact on the environment, it's not just individuals in the capital who are rising to the challenge. A number of businesses are looking at changing their vehicle fleets over to electric vehicles. This trend is being seen with companies like Uber, DPD, UPS, Hermes, and Royal Mail – and specifically with 2-wheeled electric vehicles by Deliveroo (who struck a special deal to allow drivers to rent an electric scooter cheaply), Just Eat, and City Sprint.

Dominos, the pizza delivery company, are also on the list of companies adopting electric scooters in London. After the company opened its 1000th outlet in 2017, they found they didn’t have enough riders. Using electric pushbikes, for which you do not need a full licence to ride, expanded the pool of drivers that they could recruit from.

Both firms and commuters will reap the financial benefits of avoiding the charges laid down by ULEZ in London. However, they will also experience the various benefits that driving an electric scooter vehicle can bring.

The UK government still gives a ‘plug-in grant’ for low emission vehicles via dealerships. It’s at a lower rate to the initial grant, because of demand, but it is still significant at around £3,500.

Once the EV is purchased, new owners are often pleasantly surprised about the competitive acceleration rates and ranges achieved, and the fact that the electricity required to charge an electric vehicle works out at around a third as much per kilometre as buying petrol for the same vehicle. In fact, electric vehicles have been shown to be a cheaper option over matters of insurance, fuel, tax, loss of value, servicing and tyre wear etc. This is a crucial consideration on its own, but added to the savings that will be made under ULEZ and it becomes even more significant to the householder or business leader trying to plan their finances.

Equally, the diminished responsibility when it comes to repairs is a boost too. Worrying about spark plugs, valves, fuel tanks, tailpipes, distributors, starters, clutches, drive belts, hoses, or catalytic convertersis a thing of the past!

ULEZ is going to play a crucial role in the push towards getting more people to drive electric scooters and other vehicles in London, and low emission zone initiatives in other cities will no doubt have a similar impact. It may not be the only factor, but it’s one of the key initial instigators and it comes at a time when air pollution is barely out the news. ULEZ is another strong signal that public policy will not only lead public behavior but complement it, with more and more people seeing that they can play their part by driving an electric vehicle in London and benefit from it.