How the number of electric vehicles in the UK is growing 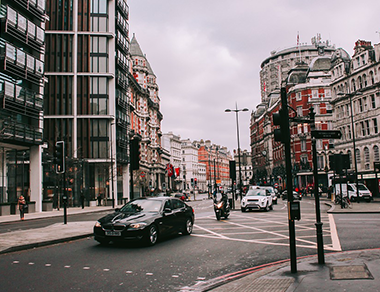 Electric vehicles (EVs) are the future - and that future is dawning fast. In the last five years, the usage of electric cars, specifically, has increased by a staggering 19,150,000% - with registrations of plug-in cars at the end of February 2019 standing at 195,000, up from 3,500 in 2013. This change in attitude is inevitably impacting the electric two-wheeled vehicle market, and the UK’s Energy and Climate Change Intelligence Unit say that, at the current rate, sales of electric vehicles could outstrip diesel vehicles in May of this year.

There are a number of reasons for this spectacular increase in electric cars and scooters in the road.

Why are we seeing more electric vehicles on the UK’s roads?

In the back of the minds of consumers is the knowledge that new diesel and petrol cars and vans will be banned in the UK from 2040. Electric vehicles are here to stay, and, clearly, some consumers feel that the process of adjustment should start sooner rather than later.

Moreover, the UK government is still gives a ‘plug-in grant’ for low emission two-wheeled vehicles via dealerships. It’s at a lower rate to the initial grant, because of demand, but it is still significant at 20% of purchase price, up to a maximum of £1,500.

Statistica also predicts that 55 million electric motorcycles and scooters will be sold globally by 2024. This massive increase in sales will allows companies to make use of economies of scale, passing the savings on to consumers by making their products even more cost effective.

The end of petrol-powered motorbikes?

While that is the ‘carrot’, let’s not forget the ‘stick’ – and the prime mover in the changeover to electric vehicles – the need to reduce our impact on the environment. Consumers are now very environmentally aware and make choices that reflect that across a number of products – their choice of vehicle is the single most significant decision among these choices.

In terms of running costs after purchasing, comparisons made over insurance, fuel, tax, loss of value, servicing and tyre wear etc., have shown that electric vehicles are cheaper to run than petrol or diesel ones – particularly electric motorcycles and scooters due to the increase in efficiency.

The electricity required to charge an electric vehicle works out at around a third as much per kilometre as buying petrol for the same vehicle. Meanwhile, with fewer moving parts and no expensive exhaust systems, starter motors, fuel injection systems, radiators etc., electric vehicles have lower maintenance requirements overall. Furthermore, because the battery in an electric vehicle plays a role in slowing it down, brake pads last longer. EV batteries themselves, their most integral part, are often guaranteed for eight years and can last up to 15 years. These incentives are magnified even further in electric scooters, as easier parking and faster commuting are attractive incentives.

It’s not just performance that is driving interest in EV’s – it’s comfort too. Electric scooters owners are pleasantly surprised by just how smooth an experience it is to drive one, thanks to their relative torque power to a petrol or diesel vehicle. Not only that, EVs are a quiet ride - both inside and outside. Advances in battery technology and in electrical regenerative braking systems have meant high-performance electric cars and scooters are now available.

The convenience of plugging in your vehicle at home – with no petrol, diesel or oil to worry about - is another reason why EVs are becoming more popular. In terms of charging points at large, the government recently announced £200m in funding for charging infrastructure, to be matched by industry. According to Transport minister Jesse Norman, the UK now has over 11,500 publicly accessible charge points (including over 900 rapid charge points) and is “one of the largest rapid networks in Europe”. Many electric scooters, such as Zapp’s i300, actually come with a removable battery that you can safely and easily charge at your desk or in your home, meaning riders don’t even need to find a charging point.

With the comfort, convenience and performance offered by electric vehicles, the clamour for them has grown and there are now a number of models jostling for position in the market.

In the US, the first mass-produced and affordable electric car was the 2017 Chevrolet Bolt EV with an all-electric range of more than 200 miles. Another popular choice in the US is the VW e-Golf with a 124 mile range.

Which electric vehicle is right for me?

With such a competitive and lively market, it’s no wonder that EVs are now streets ahead.