IHHS: Can London be a model for zero-emission mobility? 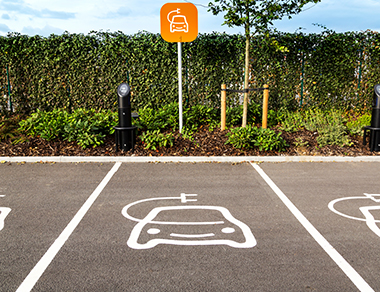 As the world turns to electric vehicles, several markets stand out as leaders in the transition. There’s a lot of buzz about the successes of Oslo and Amsterdam, but a less told story is that of London, a mega city that is rapidly positioning itself as a model for zero-emission transportation.

Leading markets have something in common: they have policies in place to overcome barriers to electric vehicle adoption. London benefits from policy at the national level. The EU CO2 standards encourage the introduction of zero- and ultra-low emission vehicles into the market, and the United Kingdom provides programs for electric car grants, funding for charging infrastructure, and has established a national outreach campaign. These policies work to increase electric vehicle availability, affordability, practicality, and awareness.

Grappling with poor air quality, London is implementing ambitious local measures to accelerate the transition. Analysis and modelling predict the city could have 50,000 ultra low emission vehicles registered by 2020 and 250,000 by 2024 if supported by lots of policy action.

London’s current electric vehicle policy package includes a series of carrots and sticks. In the urban core, London enforces a £11.50 congestion charge during times of high vehicle traffic, a fee from which electric vehicles are exempt. London requires that new developments provide charge points for at least 1 in every 5 parking spaces with additional conduit and panel capacity to support charging at 100% of spaces. The city is installing curbside charging and has one of the largest rapid charging networks in any urban area. Electric carsharing is also available, and some boroughs provide free parking for electric vehicles. To inform smart policy implementation, the local transportation authority has conducted numerous studies to identify and overcome electric vehicle adoption barriers. Many of these actions are common among the global electric vehicle leaders.

What’s less common, though, is London’s move to restrict use of high-polluting combustion vehicles and give preferential access to electric vehicles. London has operated a low-emission zone since 2008, which has increased in emissions stringency. The zone requires the highest-polluting heavy-duty diesel vehicles to comply or pay a steep daily fee (£100-£200). The standards will be strengthened in October 2020.

Building on its decade of success, the city broadened these restrictions in central London to cover passenger vehicles with a £10 daily toxicity charge on October 23, 2017. The toxicity charge will be replaced by a more stringent ultra-low emission zone on April 8, 2019, which will be in effect at all hours. This emission zone will expand substantially (about 18-fold) starting October 21, 2021. This framework initially requires vehicles to meet lower emissions standards (e.g., Euro 4 petrol or Euro 6 diesel), but we can expect future steps to move toward zero emissions as outlined in the Mayor of London’s Transport Strategy.

With the implementation of these requirements, there is an onus on policymakers to facilitate the transition. London is doing exactly that. The city has installed over 100 rapid charge points, half of which are dedicated for taxi use only, with an additional 50 planned by the end of 2018. The chargers are strategically placed on arterial roads and at frequently-visited locations such as taxi rest bays to minimize downtime for professional drivers. The Mayor has also convened a new taskforce with senior industry and business leaders to develop a shared plan for charge points in the city up to 2025.

London contributes funding to a national scheme that provides increased rebates for ultra-low emission taxis(£7,500 compared to £4,500 / £2,500 for privately-owned BEVs / PHEVs). To accelerate the transition, local delicensing payments of up to £5,000 per vehicle are available to encourage retiring the oldest and most polluting cabs.

The city’s ultra-low emission zone and fleet procurement regulations have spurred private sector action. The United Kingdom’s newest electric vehicle manufacturer – London Electric Vehicle Company – has produced several hundred plug-in hybrid taxis since the factory was completed in 2017. (Members of the Zero-Emission Vehicle Alliance toured the new factory during our third Annual Assembly in May 2018.) Uber is also working to transition its London fleet to all electric by 2025. Uber’s Clean Air Plan provides a £5,000 rebate for licensed drivers to upgrade to electric vehicles through its own Clean Air Fund, funded by a £0.35 charge on all non-shared rides. The company is also installing its own rapid chargers in central London.

Finally, we couldn’t talk about London without mentioning the iconic red bus. Due to its policies, London now has one of the largest electric bus fleets in Europe and is currently only buying hybrid or zero emission buses. London aims for all of its 9,200 buses to be zero emission as soon as practicable, by 2037 at the latest.

With all these actions, a clean air future appears to be on the horizon for London. Some policymakers would like to go even further and are considering banning non-electric cars. New neighborhood-level pilots are also popping up that restrict combustion vehicle access. From all these efforts, it’s clear that London is exploring nearly every policy possible to overcome electric vehicle barriers and free itself from car pollution.

Few cities currently have this much activity in place to spur electric vehicles into the mainstream. Stay tuned for two related upcoming developments: First, the Fossil Fuel Free Streets declaration is looking to greatly expand London’s zero-emission ingenuity to 26 cities and counting. Also, we’ll launch our 2018 world electric vehicle capitals in late October to show how London stacks up with all the top electric markets around the world.