Will electric vehicles overtake petrol-engine ones? 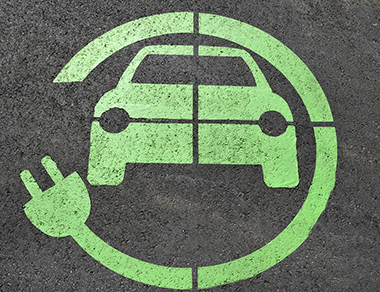 The question of whether electric vehicles will overtake petrol engine vehicles has been asked ever since the first models hit the market in the 1990s. Perhaps, even in the minds of those who are asking, is that it is a question of when and not if. After all, the rise in electric vehicles brings with it nothing but benefits, both to consumers and to society as a whole.

Vehicles manufacturers have been queuing up to pledge to make electric versions of their current models before 2030, including Volkswagen, Audi, Skoda, Seat, Porsche, Daimler, Volvo, Jaguar Land Rover and Honda.

The end of petrol and diesel vehicles in near

From 2040, new diesel and petrol cars and vans will be banned in the UK. While that deadline looms large, the current situation is that drivers of two and four-wheeled vehicles have an array of carrots and sticks facing them. On the one hand, the UK government is still offering grants towards the purchase of electric vehicles and home charging points, and pure battery electric vehicles (BEVs) are exempt from road tax.

On the other hand, anti-pollution legislation is being tightened, with new European targets coming in 2021. This is on top of the proliferation of LEZ – low emission zones. There are already around 250 of these zones across European cities, each with different regulations and targets.

London now has the world’s first ULEZ – Ultra Low Emission Zone - recognised as the most ambitious scheme alongside Madrid and Oslo. ULEZ requires mopeds, motorcycles, cars, vans, lorries etc not meeting key European standards to pay a charge of £12.50 a day, that’s on top of the congestion charge (which is not applicable to pure electric vehicles). It’s hoped that this will reduce nitrogen oxide emissions at tailpipe by 45% in 2020. In tandem with the ULEZ, the Mayor has allocated £4.5 million to install 1,500 residential chargers, also by 2020.

What are the potential outcomes of London’s ULEZ?

The upshot of this ‘pincer movement’ will be that electric vehicles will be the dominant choice and will be adopted on a widespread basis.

As part of this groundswell, we’re inevitably going to see more 2-wheeled electric vehicles on our streets as they are ideal for urban living. This is already happening in Asia, where the market for 2-wheelers is huge and growing, and the UK and Europe are likely to follow suit given the sophistication of the models on offer.

The Zapp i300 electric scooter is one such example. It’s a high-performance vehicle with an impressive acceleration of 0 to 50 km/h in 2.35 seconds and 0 to 70 km/h in 4.10 seconds. Furthermore, the i300 has a torque of 587NM for excellent handling and a peak power of 14 kW. This is all for £5,250 or £19.99 a week!  The price point alone will prove a huge attraction, and we may find that some would-be cyclists will take advantage of this more robust two-wheeled way of getting around town, safe in the knowledge that their method of transport is emissions neutral.

Are we there yet?

It’s fair to say that there will be some hurdles to vault before the demise of petrol vehicles is complete. There are issues around charging stations and mass battery production. Nonetheless, there is widespread recognition from the big vehicle-makers that change is inevitable.

The current rate of change is pretty impressive. The last five years have seen a staggering 19,150,000% increase in plug-in car registrations. Meanwhile, the UK’s Energy and Climate Change Intelligence Unit says that sales of electric cars could outstrip diesel cars this month (May 2019)!

According to clean energy research group Bloomberg New Energy Finance, more than 230 battery-powered vehicles will be available by 2021 across the globe, and, by 2040, more than half of all new cars will be powered only by batteries.

Why are electric vehicles on the rise?

There are a whole host of other factors explaining the rise in electric vehicles. The collapse of petrol vehicle resale value contrasting the comparative value hold of EVs and the fact that EVs are ultimately cheaper to run and maintain.

One of the previous issues with EVs was a lack of choice, but now you have a gamut of choices ranging between luxury Tesla cars and smart and fast Zapp scooters.

All roads lead to electric. Although, it’s not time for a lap of honour just yet, manufacturers know that their customers want clean vehicles and, pretty soon, they will need to have them.