Are electric vehicles the future of Mobility as a Service? 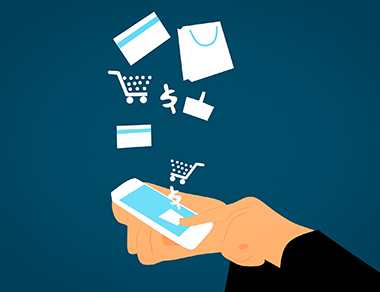 Is there anything you have delivered these days? And always so quickly! Deliveries have almost become another emergency service. Even if you have already popped to your local supermarket, you might have forgotten something. Chances are that you won’t go back for it, you’re more likely to order it online. On his popular television show, Jeremy Vine admitted to doing exactly that – for a tube of toothpaste. Vine tweeted afterwards:

“I genuinely feel bad about this. Having forgotten three times to buy toothpaste when I had the chance, I ordered it on my phone from Amazon. It turned up the next day — one tube of toothpaste packed alone in a box big enough for a shoe. High Street, I am sorry.”

Vine touches up on a number of key concerns with mobility as a service, one of which is the environmental impact. Multiple deliveries, of course, also mean many, many more petrol-powered vehicles on the road generating carbon emissions.

Just to put this traffic – and its importance - into perspective, BBC News reported in March that online sales had increased by 15.9% to £59.8bn between 2016 and 2017, with in-store sales only jumping by 2.4% over the same period.

Where are the electric delivery vehicles?

They’re coming. Most of the big companies that provide mobility as a service are looking at various ways to change up their fleets.

Let’s take a look at some household names and what they are doing to go electric.

In 2017, Uber announced that their drivers will be banned from using anything other than hybrid or fully electric vehicles in London by 2020. Furthermore, by 2025 all of Uber’s cars in London must be fully electric or a plug-in hybrid. Outside of London, the 100% hybrid and electric deadline is 2022. Currently, under 50%of Uber drivers have an EV, though many already use the hybrid Toyota Prius.

But this is not the extent of the Uber drive to get more EVs in their fleet – see the 2 and 3-wheeler section below!

DPD aims to get 10% of its delivery fleet electric by 2021. To further this aim, it has commissioned 10 new fully-electric 3.2 tonne zero emission Mercedes-Benz vans that will be housed at DPD’s all-electric depots in London.

In March last year, Atlanta-based global delivery firm, UPS announced that it would increase the number of its electric trucks from 52 to 170, saying that it was the “beginning of the end” for its petrol-powered vehicles.

Many delivery services use motorbikes or mopeds, of course, and so electric scooters offer an obvious environmentally-friendly way forward.

The two and three wheelers:

In December 2018, Uber made a game-changing announcement that it was to shift emphasis to electric scooters and bikes and away from cars. Chief Executive, Dara Khosrowshahi acknowledged that short urban journeys were better undertaken by individual modes of transport. "During rush hour, it is very inefficient for a one-tonne hulk of metal to take one person 10 blocks," he remarked. He added: "Short-term financially, maybe it's not a win for us, but strategically long term we think that is exactly where we want to head."

Deliveroo recently started a collaboration to enable its food delivery drivers to rent an electric scooter for £1.83 per hour. The deal initially allowed for 72 Deliveroo-branded electric scooters to be laid on, with 500 delivery riders expressing an interest using one.

Just Eat and its restaurant partners struck a deal in April 2018 that has provided over 200 electric scooters to transport takeaway meals while making a significant contribution to reducing emissions.

Yodel is another mobile delivery service that is investing in EVs to reduce its carbon footprint. Delivering over 140 million parcels annually in the UK, Yodel is now looking to introduce electric 2-wheelers into their fleet along with compressed natural gas-powered trucks.

Royal Mail already has a fleet of 100 electric vehicles and has announced plans to expand it with a 3-wheeled solution. This year it rolled out the ‘e-trike’, a zero-emission vehicle powered by both pedal and battery power. The battery, a 48v lithium, is charged at the mains but is also topped up using solar panels on the roof.

Amazon doesn’t actually deliver its own packages but it has committed to make all its shipments “net zero carbon, with 50% of all shipments net zero by 2030.”In a statement quoted by the BBC,the company said: "With improvements in electric vehicles, aviation bio fuels, reusable packaging, and renewable energy, for the first time we can now see a path to net zero carbon delivery of shipments to customers."

Meanwhile, in February this year Amazon made a large investment in an electric vehicle startup, this may not affect the delivery of what it sells but it’s a straw in the wind for the future of EV adoption.

Courier firms such as City Sprint are diversifying and changing up their fleets. Among the electric vehicles in the City Sprint fleet is their ‘Cargo Bike’, an electrically assisted bicycle that carries a load equivalent to that of a small van and claims to save 4 tonnes of GHG emissions each year.

Can we do more to expand the use of electric vehicles in delivery fleets?

Despite the number and variety of ways that electric vehicles are being used to provide mobility as a service, environmental campaigners are not satisfied that companies are doing enough, and not doing it quickly enough either. The want entire fleets to go electric. With reliable 2, 3, and 4 wheeled electric vehicles available with good range (for example, Zapp’s i300 electric scooter has a range of 35 miles and goes 0 to 50 km/h in 2.35 seconds and 0 to 70 km/h in 4.10 seconds), delivery companies do have a plethora of options and fewer and fewer excuses. As Dwain McDonald, chief executive of DPD, said: “The EV revolution is gathering pace.” And, it looks like there is literally no stopping it.