What are the tax incentives for buying an electric vehicle in the UK and beyond? 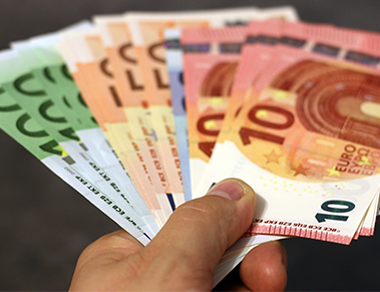 Most people are generally aware of the initiatives being carried out to reduce pollution in our cities. For example, London’s Mayor recently unveiled the high profile ULEZ – the Ultra Low Emission Zone – the first of its kind in the world and designed to make a massive dent in emissions targets by 2020. Scooters, motorbikes, cars, vans and lorries that do not meet certain emissions standards will be charged £12.50 a day on top of the congestion charge.

However, how often are we reminded of the electric vehicle tax incentives? Drivers of pure electric vehicles in London, for example, don’t pay the congestion charge – this is also the case for hybrid drivers until 2021.

On a UK national level, drivers of zero emission vehicles do not have to pay Vehicle Excise Duty, known as VED or road tax. Meanwhile, businesses purchasing vehicles emitting less than 50g/km are eligible for 100% first year allowances (FYAs). This reduction started in April 2018 and runs until March 2021. Finally, there is still a grant available to purchasers of low emission vehicles, the maximum being £3,500.This reduction is already included in the price of the vehicle.

In Germany, electric vehicles are exempt from the annual road tax for ten years after registration. In the last few years, central government has granted an environmental bonus of €4,000 for pure electric and fuel cell vehicles and €3,000 for plug-in hybrid and range-extended electric vehicles.

Spanish cities have such as Madrid, Barcelona, Zaragoza and Valencia have been hands-on with emission reduction. Meanwhile, these cities have also reduced the annual circulation tax (ownership tax) for electric and fuel-efficient vehicles by 75%. There are also reductions on company car taxation for pure electric and plug-in hybrid vehicles (30%) and for hybrids, LPG and CNG vehicles (20%).

Sweden, home of the world’s oldest LEZ – Low Emission Zone – offers a ‘climate bonus’ of around €5,600 for BEV electric vehicles, down to around €943 for plug-in hybrids (PHEV) with emissions of 60g/km. Both electric cars and plug-in hybrids are exempted from road tax for five years, and there’s a 40% reduction for electric and plug-in hybrid company cars.

In Italy, EVs are exempt from the annual circulation tax (ownership tax) for a period of five years from the date of the vehicle’s initial registration. After this, a 75% reduction of the tax rate is applied in comparison to the equivalent petrol vehicles.

In the last few months, the government has started an exciting new scheme that will encourage Italians to ditch petrol-powered scooters and other vehicles for electric scooters. A significant 30% reduction will be applied to the sale price, up to a maximum of €3,000.

Croatia, after a period with no real EV incentives, has also rolled out measures to encourage 2-wheeled electric vehicle users. The government’s Environmental Protection and Energy Efficiency Fund now allocates grants of up to €2,700 for the purchase of electric scooters, motorcycles and quadricycles, while incentives of up to €670 will be provided for the purchase of electric bikes.

More initiatives like those in Italy and Croatia would really help bring electric vehicle tax incentives to more people, covering all bases and pockets. Zapp’s i300 is the perfect example of an accessible and convenient 2-wheeled EV option that people would be very glad to be steered towards! At only £5,250 or £19.99 a week, the potential purchaser is getting great value. They literally get more bang for the buck with a capacity of 0 to 50 km/h in 2.35 seconds and 0 to 70 km/h in 4.10 seconds, plus excellent handling thanks to a torque of 587NM and a peak power of 14 kW. All this should be incentive enough!